You are here: Home / Uncategorized / Madix “Madman” Bailey has a new logo 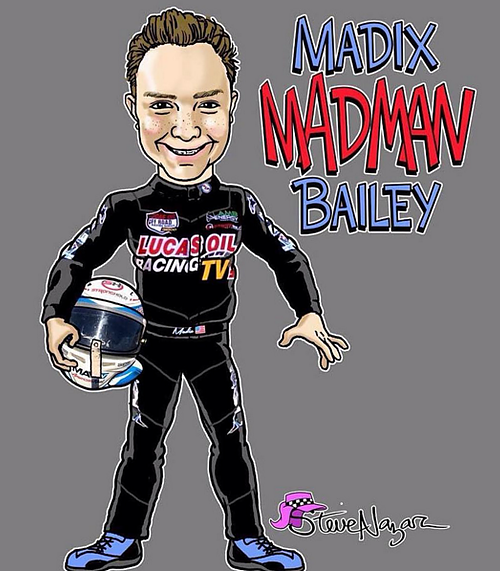 Steve Nazar, renowned cartoonist and illustrator, is very pleased to be providing his services and support to Madix “Madman” Bailey and team Stronghold. Mr. Nazar is best known for being the creator of the globally successful T&C Surf Designs character; Thrilla Gorilla, Joe Cool and Da’ Boys. Additionally he has also created many graphics made famous by Op Sportswear and Big Dogs Sportswear. He was art director for the games division of JVC Digital Arts for several years. He has created designs for many major contemporary retailers including; The Hundreds, Pac Sun and Fatal. He also creates snow board and skate board graphics for many major manufacturers. He enjoys doing painting commissions for corporate and private collectors. He has recently begun venturing into the world of gallery showings, with successful showing already accomplished in New York, Honolulu and Seattle. Steve looks forward to being a part of Madix’s continued success in his division.

Look out for this design throughout the 2016 season!

MAY 5 – 8 Best in the Desert Laughlin Desert Classic, Laughlin, NV

As drivers make the climb to reach the premier classes of the Lucas Oil... END_OF_DOCUMENT_TOKEN_TO_BE_REPLACED

Due to the recent school closures caused by COVID-19, many children across the country... END_OF_DOCUMENT_TOKEN_TO_BE_REPLACED

51st SCORE Baja 1000: 2018 Scott Bailey and Gustavo Vildosola did not have the... END_OF_DOCUMENT_TOKEN_TO_BE_REPLACED